Updated over 6 years ago
all articles 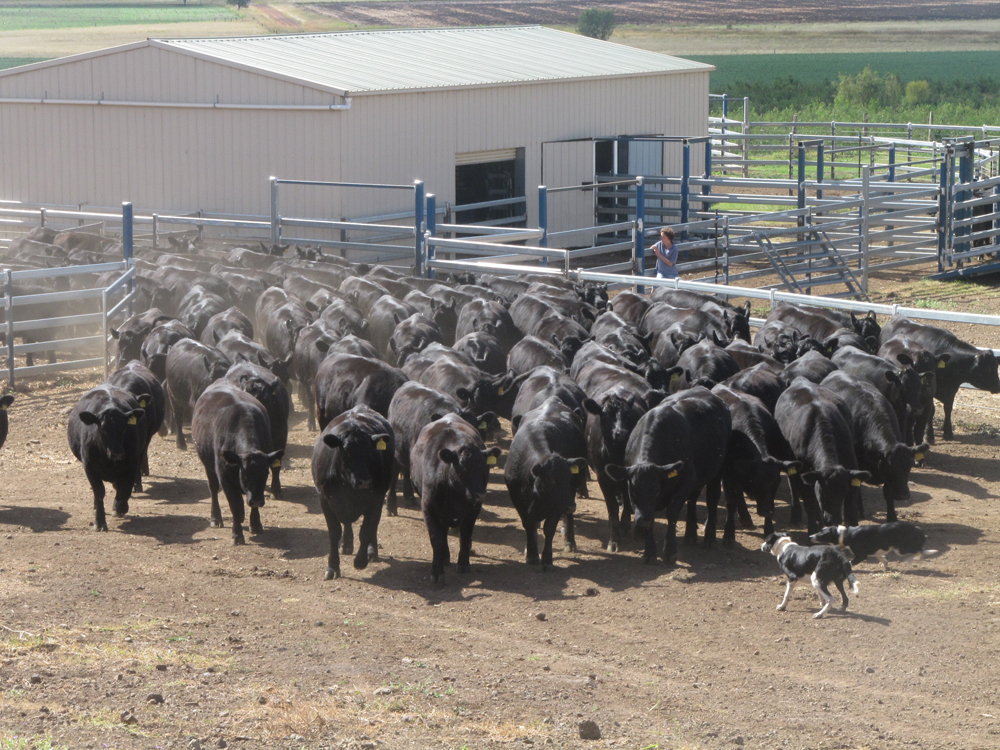 The H spring calves, Angus and Brangus, have all safely arrived.  The end of September saw the 500th tagging of the year for the Angus, leaving about 20 for early October.

The majority are either AI or ET with some great calves on the ground.  The F heifers calved down in July and August with very few problems. The TeMania Africa (VTMA217), Aryvale Bartel (HIOE7) and Lawsons VLYC402 look very good along with calves by our own TeMania Discreet (VTMD894).

The Brangus calves this year all have a higher Angus content and their growth so far is very impressive.  The G Angus and Brangus heifers are run as one mob of about 210. They were scanned by David Reid on the 3rd October and had an average weight of just over 360 kg which is down a bit on previous years due to a very dry winter and spring.  Their IMF% averaged over 6 and rib fat about 5 which is very gratifying while the EMA average was 60.

The spring G bull mob of over 200 with an average weight of 460 kg also scanned well, EMA average of over 77 with IMF% 5 and scrotal measurements over 36. There were some outstanding individual figures but it is the average which we seek to improve each year. When our bull mob size was about 50 most of the averages were higher but when we extract the top 50 from this year’s mob they are very good and more than comparable to all previous years.

We are always prepared to discuss our scanning results and weights with clients or other Angus breeders. There will undoubtedly be culls from the G mob which will lift the averages for the remaining sale animals.

Jonathan has commenced the Spring AI programs and by November 16th he will have exercised his arm between 600 and 700 times. He will be using some semen from Burenda Geiger Counter QBUG49 (AI)(ET) and Burenda Go Between QBUG23 (AI)(ET) over selected females. These two young sires are by TeMania Berkley VTMB1 and are outstanding prospects.  We expect to market their semen in the near future and Jonathan is happy to give further details to interested breeders.

The farming operations have been affected by the very dry season with reduced yields for the wheat and barley crops but the chickpeas are holding on well. We received between 25 and 30 mls of rain on the 11th October which will set off the grass and leucaena but a bit late for the cereal crops. The millet and silage sorghum planting started on the 15th October and several hundred acres of leucaena will be planted during October. Late October storms will certainly be welcomed.

Visitors are always welcome to visit our operations at Kaimkillenbun by arrangement with Jonathan Schmidt on 0429 067 313 or at schmidtjk@bigpond.com